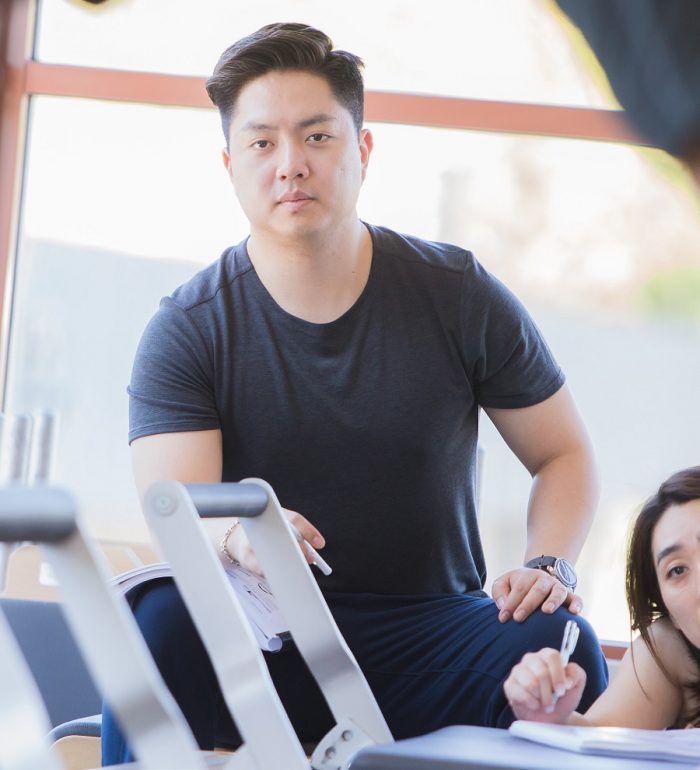 My BASI Journey:
From BASI Student to Faculty and Licensee in Just 5 Years

Ever since I was a little kid, I always played basketball and wanted to become a professional basketball player. However, I was too short to pursue basketball as my career and my passion for sports in general started to falter. After I attended college, I joined an amateur weightlifting team where I met a great coach who helped me prepare for a national competition. While I was practicing for the competition, I suffered a severe rotator cuff tear and felt immense frustration once again.

When I was looking for opportunities to heal my injury, I came across Pilates with my dear old friend, Hyun-Hee. We started participating in Korean Pilates courses that focused on rehabilitation. We both received our certification to be instructors in 2011, but we always had a thirst to learn more about Pilates. That is when we first learned about Rael Isacowitz through his famous book, Pilates Anatomy. I immediately fell in love with Rael’s philosophy and researched more about him. After reading another book written by him, Pilates, I realized that I have to learn Pilates from BASI. Fortunately, there was a BASI Pilates course happening in Korea at the time, so Hyun-Hee and I registered for it. This was one of the best decisions I’ve ever made in my life. The course was taught by Sheri Long, as well as Carrie Smith and Jennifer Pearlstein. Hyun-Hee and I were captivated by BASI Pilates.

In order to learn more about BASI Pilates and continue taking courses, I worked as an instructor at O-Pilates, which was a BASI Host Studio in Korea. After a while, Hyun-Hee and I decided to visit America to meet our BASI teachers. After taking some private lessons with Sheri and visiting BASI HQ to learn from Jennifer and Jill, I felt so much joy for being able to feel the energy of BASI. I still can’t forget the moment I first visited BASI HQ and felt as if I was meeting family members whom I had interacted with for a long time. I met Rael for the first time then and that’s when I knew I had to become a part of BASI. 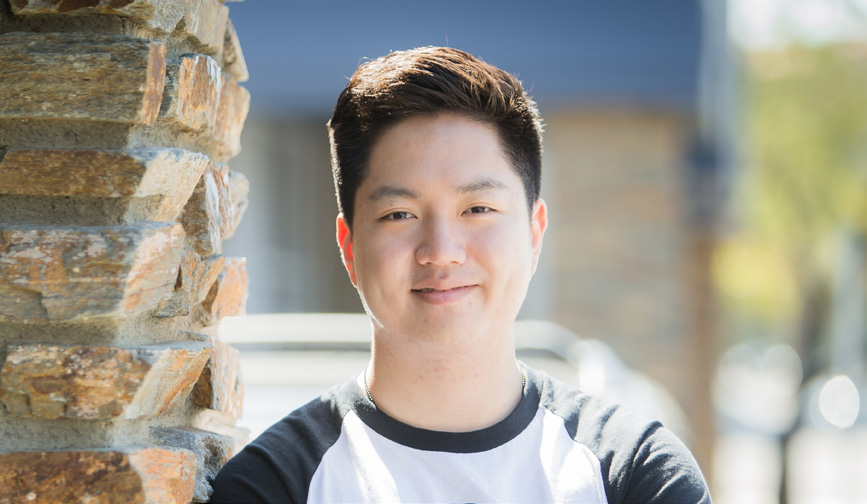 When I returned to Korea, I tried my best to promote BASI at O-Pilates in an effort to help grow the BASI name. However, I realized my fundamental understanding of BASI was lacking, and thus quit my teaching job to travel back to the U.S. to learn more about BASI with Hyun-Hee for two months. At BASI HQ we not only took two private lessons from Jennifer or Sheri per day, or observed the courses being taught throughout the day, but also participated in LFTL and the Mentor Program. We learned so much during this time, and by the end of our two months in America, we had also traveled around the country to learn from other BASI instructors, like Sondra Karman, Meredith Rogers, and Sarah Bertucelli.

After this wonderful time in the States, I knew I had to continue spreading BASI in Korea, so I went back to open up my first Pilates studio. Since I loved BASI so much, I purchased all of my equipment from BASI Systems. Hyun-Hee also quit her job at another studio and helped me from the ground up. Although we wanted to start hosting BASI programs as soon as we opened, we weren’t able to due to some resistance from the existing Host studios in our region. Truth be told, this was a very difficult time for me, but I believed in myself and knew that as long as I have my passion for BASI, the opportunity would come sooner or later. I was waiting for the right moment, and in the meantime enrolled in Master I and Master II.

After a year of waiting, Rael permitted our studio to become a BASI Host Studio in Korea. Through this experience, I realized huge potential for BASI in Korea and knew that becoming a licensee would help accelerate the growth of BASI and BASI Systems there. Thus, I traveled back and forth to the U.S. and Turkey to make this happen and finally became a BASI Pilates licensee and BASI Systems distributor in April 2018. Lastly, I am now a proud BASI Faculty member.

During our first year as a licensee, we taught approximately 140 students and opened a second studio in the central area of Seoul to grow BASI even more. In 2019, we are anticipating about 300 students going through the BASI teacher training programs at our studios. The reasons behind such incredible success in Korea have everything to do with our love for BASI. My life completely changed after discovering BASI and meeting Rael, and I just wanted to spread what I learned to as many people as possible. Promoting the BASI culture, where people come together to learn Pilates and share their experiences, became a very important mission for me. I love this culture so much that I have visited several different countries around the world to take part in various BASI events. In an effort to share the BASI lifestyle, I even participated in the BASI LFTL conference with 36 BASI instructors from Korea, and we all had a once-in-a-lifetime experience there. Hyun-Hee and I were so fortunate to also be able to participate in the first ever Honors Program while we were there.

BASI is like a family fortress for me. It is so wonderful to share love and practice Pilates regardless of race, culture or religion within this fortress. I will continue to do my best to spread BASI around the world and that is exactly why we are starting our BASI journey in Vietnam this October. Lastly, I would like to thank Rael, BASI, and all of my fellow BASI people for helping me throughout my BASI journey. My gratitude goes beyond words.

Source: from the BASI Gazette – Issue 05

Turning a Disability to an ABILITY- Get to Know Tyrone Pillay

With Tyrone Pillay and Rael Isacowitz