From a Move to a Movement: BASI Celebrates Its 30th Anniversary at the BASI Learn From The Leaders Conference

In celebration of its 30th anniversary, BASI hosted the international BASI Learn From The Leaders (BASI LFTL) conference in its back yard of Newport Beach, California on May 18-19, 2019. The conference, held at The Hyatt Regency, brought in 350 attendees coming from over 40 different countries worldwide, plus 21 local and international presenters. Featured presenters included Karen Clippinger, Brett Howard, and BASI founder, Rael Isacowitz. 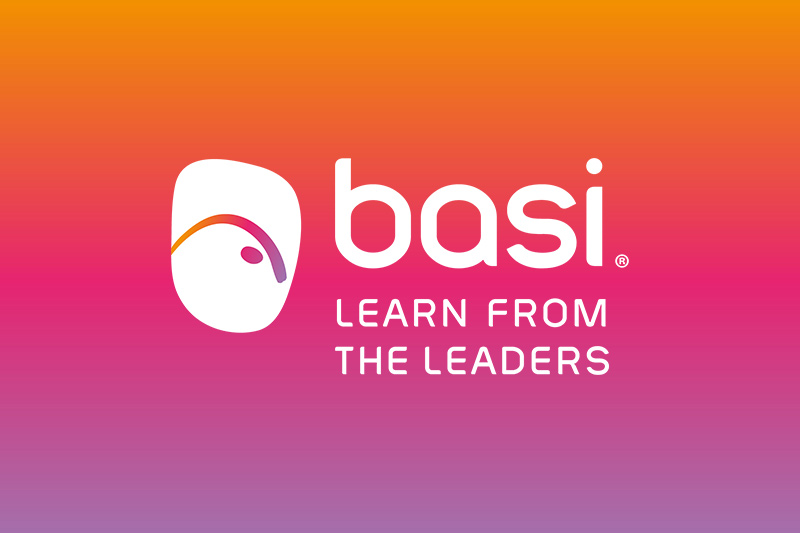 NEWPORT BEACH, CALIF. (MAY 20, 2019) — In celebration of its 30th anniversary, BASI hosted the international BASI Learn From The Leaders (BASI LFTL) conference in its back yard of Newport Beach, California on May 18-19, 2019. The conference, held at The Hyatt Regency, brought in 350 attendees coming from over 40 different countries worldwide, plus 21 local and international presenters. Featured presenters included Karen Clippinger, Brett Howard, and BASI founder, Rael Isacowitz.

On the surface, BASI LFTL was a venue for continuing Pilates education and practice, but what made the conference so special was the attendees, themselves. “My favorite part was all the people and seeing all the countries, all the languages, hearing all of the accents, it was great!” Rachel Lear from Tacoma, Washington said. “I don’t know if there was a favorite part, but it’s more kind of a favorite feeling of being amongst the most committed, devoted, passionate people in the world . . . and being here to share with everyone this special experience,” Gail Ruskin of Toronto, Canada remarked.

Each day of the conference began with a one-hour Mat Pilates class. Attendees were given the option to select one of five available classes, each with a unique theme and all taught by BASI Faculty. This year BASI tried a new approach to the conference experience by including a gong sound immersion and group meditation as part of its opening ceremonies, lead by Kristi Lynn Camier. Blissed out and grounded from the healing sound energy, attendees then dispersed to their two pre-selected, 2.5-hour workshops—one in the morning, the other in the afternoon. The first day of the conference ended with an open forum Q&A session with Rael Isacowitz, Karen Clippinger, and Brett Howard before the evening celebration began.

The night of May 18 conference-goers donned fancy and festive threads as they arrived at the One Family, Bright Future 30th Anniversary Celebration dinner, held at The Hyatt Regency’s outdoor amphitheater. Guests entered the event to the artistic sounds of classical pianist, Federico Tinti from Italy. Some were pulled aside for a personal interview conducted by BootyBarre founder and BASI graduate, Tracey Mallett.

During the evening presentations, Rael Isacowitz recognized the very first graduates of the BASI Legacy Program who had just completed the final phase of the entire program only a week before. Rael also spoke about the significance of BASI’s 30th anniversary. “BASI started as a move, and it’s become a movement. I am most proud of that. The fact that we do great Pilates, the fact that we’re incredible teachers, educators, movers, that is all secondary to the BASI values that we teach,” Rael said during his speech. “It is a movement for positive change, and we are changing the world one person at a time.” The evening concluded with guests dancing the night away to the Afro-Latin Jazz Funk beats of Jungle Fire from Los Angeles.

After another full day of Mat classes and workshops, BASI LFTL’19 was capped off with Rael’s “Hour of Power” Mat Class, open to all 300+ conference attendees. The class was streamed live on BASI’s Facebook page for viewers all around the world to participate in, thanks to Pilates Style Magazine’s live stream sponsorship. When asked how he felt after the class, Rael responded, “The incredible global energy nourished us, fed us. There was such a positive spirit in this room with probably 300 people in here and hopefully thousands out there. This is a global movement—positive energy bringing about positive change. I could not be happier.”

To see the schedule of upcoming BASI Learn From The Leaders Conferences, visit www.basilftl.com

Founded in 1989 by Rael Isacowitz, BASI has been a leader in the Pilates industry for 30 years. With a reputation for innovation, dedication, and academic excellence, BASI is known for its high quality, college-level Pilates education. The mission of BASI is to create and maintain professional standards for the teaching of the Pilates Method and to preserve and perpetuate the gift of Pilates by educating teachers of the highest caliber. BASI’s Faculty and Hosts are unsurpassed as teachers and mentors, and its administrative staff is fully dedicated to the support and welfare of its students. In addition to its outstanding Pilates teacher training programs, continuing education courses, and Pilates conferences, BASI is proud to offer the online e-learning platform, BASI Interactive, as well as finely crafted Pilates equipment made by BASI Systems.

The F2 System
An Evolution in Pilates Equipment Design and Function
with: Rael Isacowitz
Date: July 30-31, 2022