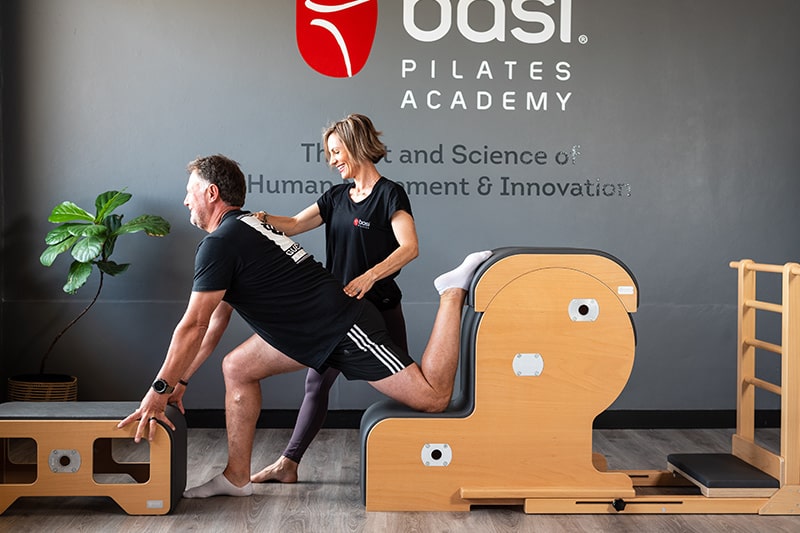 NEWPORT BEACH, CALIFORNIA – September 4, 2020 – BASI Pilates, one of the global industry leaders in Pilates education, is shifting towards a franchise-type model that will finally allow Pilates studios to open under the brand name, BASI Pilates. Named the BASI Expansion Project, this model is a significant change in BASI’s business strategy, which over the past thirty years, has offered its Pilates Teacher Training Programs primarily through independent studios carrying their own brand names.

“Consistency and excellence have always been the two main driving forces behind BASI Pilates’ education programs,” said BASI’s founder and director, Rael Isacowitz. “After receiving countless requests over the years for a franchise-style studio option, it naturally makes sense for us to move in this direction.”

Isacowitz is credited with starting BASI Pilates in 1989 as a one-person Pilates education company, eventually turning it into one of the topmost recognized Pilates brands in the global community.

While BASI Pilates plans to still continue offering its education programs through independent studios, new and existing Pilates studio owners will now have the option to open or rebrand their studio as either “BASI Pilates Academy” or “BASI Pilates Studio.”

Each type of studio must meet and adhere to specific criteria outlined by a committee in order to use the BASI Pilates brand name for their studio. This includes such considerations as the number of instructors, qualification of instructors, facility size, and location, among other factors. In addition, BASI Pilates Academies will be required to utilize BASI Systems equipment, which is BASI’s top-of-the-line, handcrafted apparatus used in their Pilates teacher training programs. For a limited time, BASI Systems is extending a 35% discount on equipment to studios interested in becoming a BASI Pilates Academy and BASI Pilates Studio (excluding taxes and shipping).

Established in 1989 by world-renowned Pilates Educator, Rael Isacowitz, BASI has been a leader in top-tier Pilates education for 30 years and counting. With a reputation for innovation and academic excellence, BASI’s education programs and equipment are featured in over 120 host studios across 40+ countries worldwide.

Considered “the Tesla of Pilates equipment,” BASI Systems is known for its award-winning, finely crafted Pilates apparatus. Founded in 2015 by Rael Isacowitz, BASI Systems utilizes only the highest quality materials and most innovative designs to create Pilates equipment that fits every practitioner’s needs.

From a Move to a Movement: BASI Celebrates Its 30th Anniversary at the BASI Learn From The Leaders Conference

In celebration of its 30th anniversary, BASI hosted the international BASI Learn From The Leaders (BASI LFTL) conference in its back yard of Newport Beach, California on May 18-19, 2019. The conference, held at The Hyatt Regency, brought in 350 attendees coming from over 40 different countries worldwide, plus 21 local and international presenters. Featured presenters included Karen Clippinger, Brett Howard, and BASI founder, Rael Isacowitz.