The Master I and LFTL Lifts BASI to New Heights 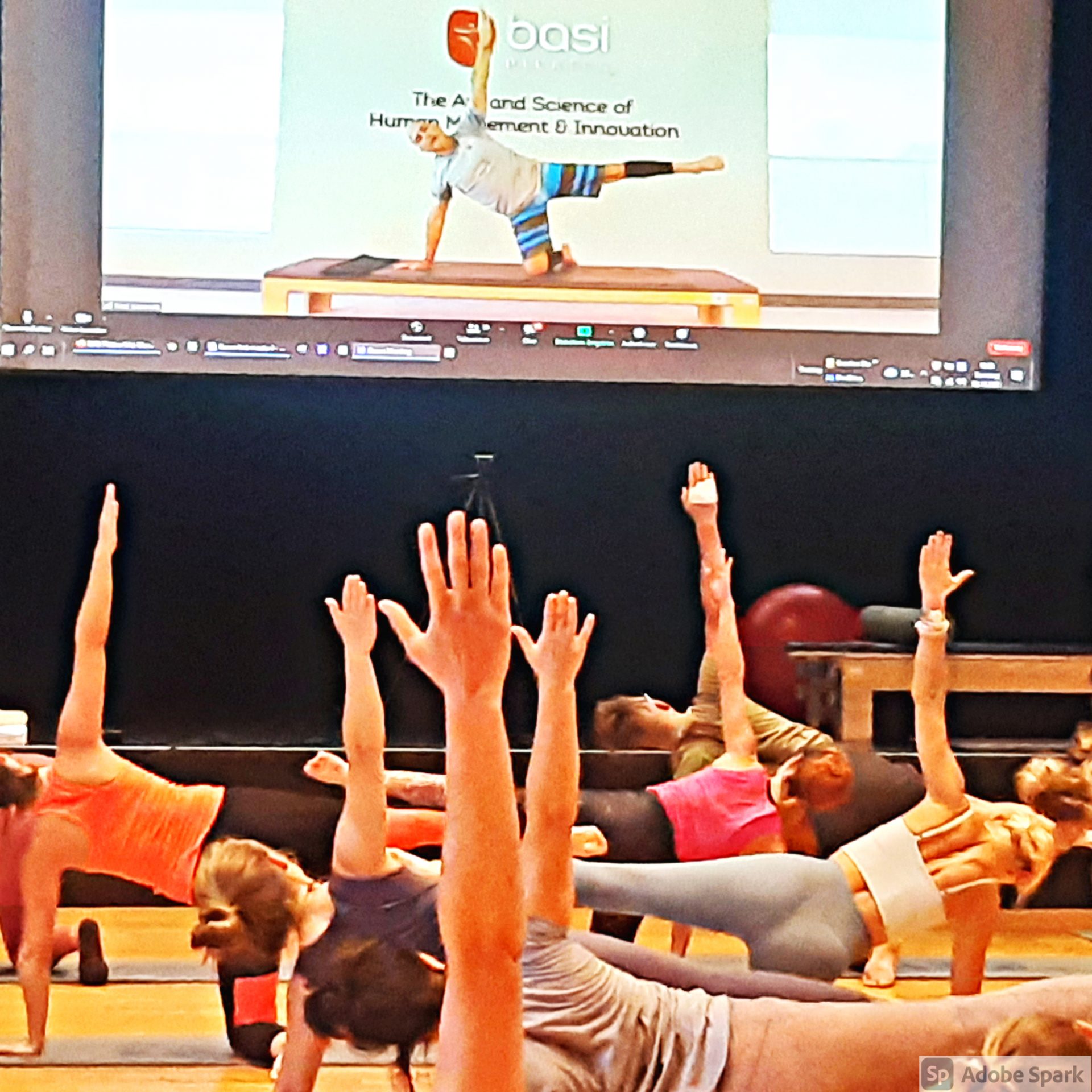 Rael Isacowitz had a busy week without even leaving the state of California. From September 26 to September 28, Rael hosted Master I. This three-day workshop highlighted some of the best methods in Pilates, and Rael executed the repertoire perfectly.

Most of the Pilates community knows that Rael could not travel to Germany because of a ruptured achilles. But they did not know that he had to adjust his morning schedule to continue to work with everyone, despite not being able to travel. To teach Master I, Rael had to wake up at 3 a.m. He did this on a Sunday to start the Master I and was in the studio preparing at 4 a.m. To do this, Rael and the BASI Pilates Academy, USA team set up the studio, ensuring that all the equipment functioned and that everything was ready to go. By the time the morning rolled around, Rael had no issues getting the Master I going. He was ready to give a lecture to start Master I and everyone’s eyes focused on Rael and what he had to teach. He repeated the process on Monday and Tuesday. But Rael was not alone.

Stella Lampkin-Hull was there with him to run the chat, and ensure that the cameras, lighting, and sound were working. Ena and Rina Kirima assisted Rael, showcasing the exercises, and helping Rael show the correct way to execute the methods. The Master I broadcasted throughout the world.

A few days later, Rael prepared for Learn from the Leaders (LFTL). The LFTL has been around the BASI world for over two decades. It also would be the second time Germany held the event, and the first time Germany hosted it since 2015. Hundreds of people attended the conference live, which proved significant, being a year after the event went virtual because of the pandemic. The scheduled presenters for the LFTL were Rael, Natascha Eyber, Samantha Wood, and Jessie Lee. The NPCP (National Pilates Certification Program) recognized the LFTL with 30 CECS.

Once more, there was prep work on Wednesday before the big day. Rael and his team maneuvered around the studio, moving equipment left and right, as well as measuring the raised mat to ensure that it was even with the camera. Then, it was showtime!

On Thursday, September 30, Rael opened the LFTL with a magnificent introduction, thanking the many people who have helped him, as well as thanking everyone associated with helping set up the LFTL. He then showed a BASI 30th anniversary video, while narrating the events that occurred in the video. Then, the LFTL was off and ready. Rael expertly showed the exercises to the best of his ability while cuing the techniques associated with each repertoire. Day 3 of the LFTL was a treat. Rael got to teach the Mat Class, and it was his first time teaching a Mat Class in over a year. Rael gathered all his strength and instructed this class, despite limitations from his injury.

ed her feelings about it.

“It is always such an honor to teach at an LFTL conference! And this year in Munich- wow! Even though I was only there for one day, I could really feel the excitement, energy, and passion! What a gift to be able to gather together and share ideas and knowledge with like-minded professionals.”

She was on stage instructing while many people in the audience watched her and attempted to replicate everything she executed.

“I think we all appreciate opportunities like this even more after being isolated for so long. It was wonderful to meet so many new people, as well as see some familiar faces from the Pilates world. I so appreciate how engaged all of the participants were. They asked insightful questions, and I learned some great new exercise ideas thanks to their creativity. Hats off to Natascha and Axel (BASI Germany) for managing to put together such an awesome event, despite all of the obstacles and challenges.

While Rael and other instructors were teaching, those who attended got to experience the workshops and expressed appreciation for how the event went.

“For me, it was a great time in Munich,” said Sabrina Eberl, who shared her experiences on social media, and with us. “So nice to connect with great colleagues, exchange experiences, and gather inspiration. I loved the workshops, they were pretty well chosen.”

When all Rael finished, he had completed a grueling but satisfying week of teaching classes and instructing around the world. The rest of the LFTL continued for Day 4 and finished strong. Many people expressed their appreciation for the course through images shared throughout social media. The Master-I and LFTL went smoothly, and everyone enjoyed their experience.

“Congratulations to all who participated in LFTL Germany, particularly Axel and Natascha,” Rael lamented. “It was inspiring, stimulating, and displayed all the joy that BASI is all about. Yet again, we overcame boundaries.”

Pilates in the ERA of Covid-19

Why Pilates is the Perfect Fit for the New Year

10 Reasons Why You Should Do Pilates

Pilates Can Help You During the Holiday Season