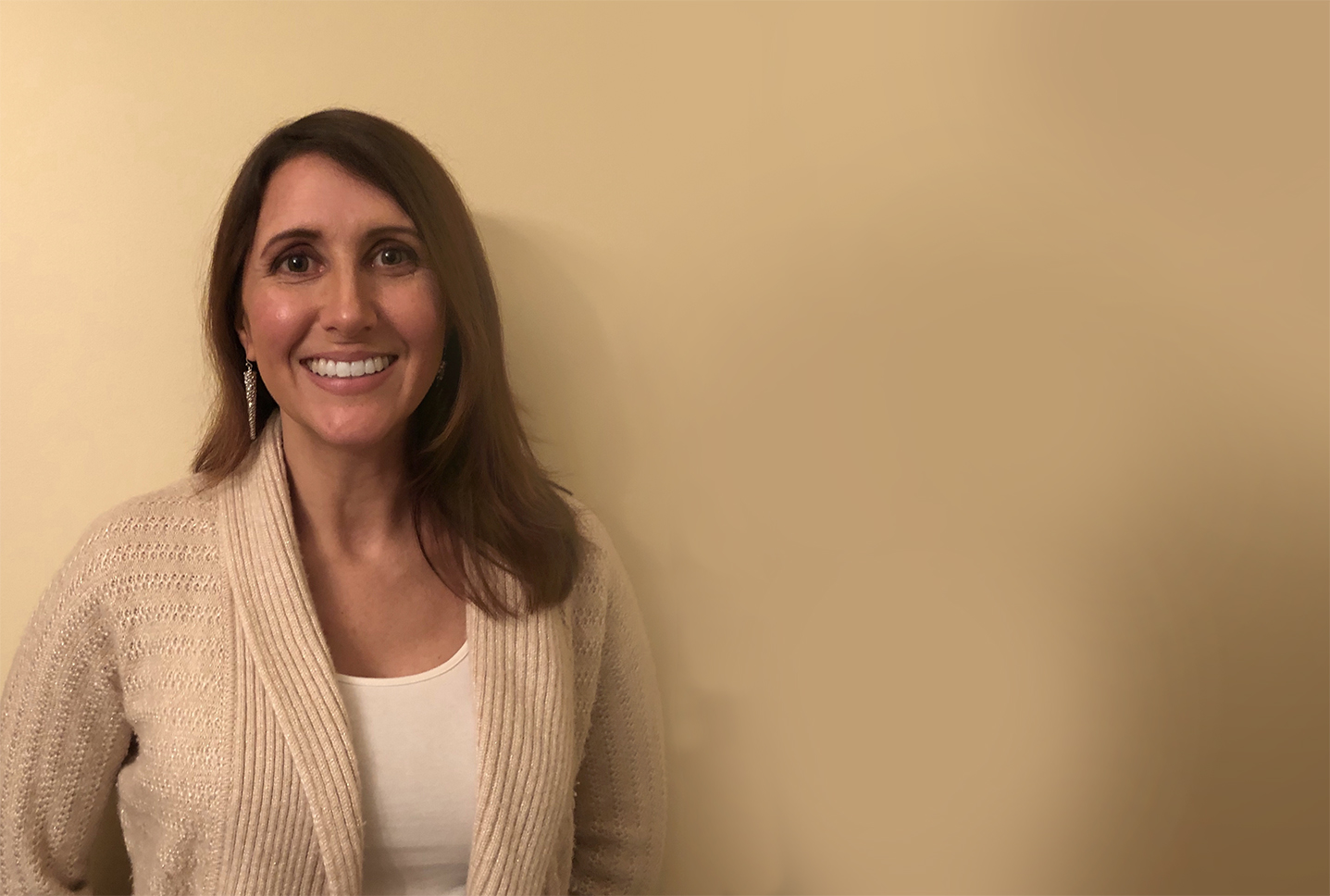 “Return to Life Through Contrology” by Joseph Pilates and William John Miller provoked more thought, provided more understanding and inspired more investigation than I can easily relay in a simple book report.  Though the book reads a bit like a late night infomercial, it is absolutely worth a read for anyone who wants Pilates to be an important part of their life. I am grateful for this assignment. Reading the book is as close as I will come to being able to learn from Joseph Pilates himself.  It feels as though I had the opportunity to turn back time and see what a mighty oak looked like during its years as a sapling. 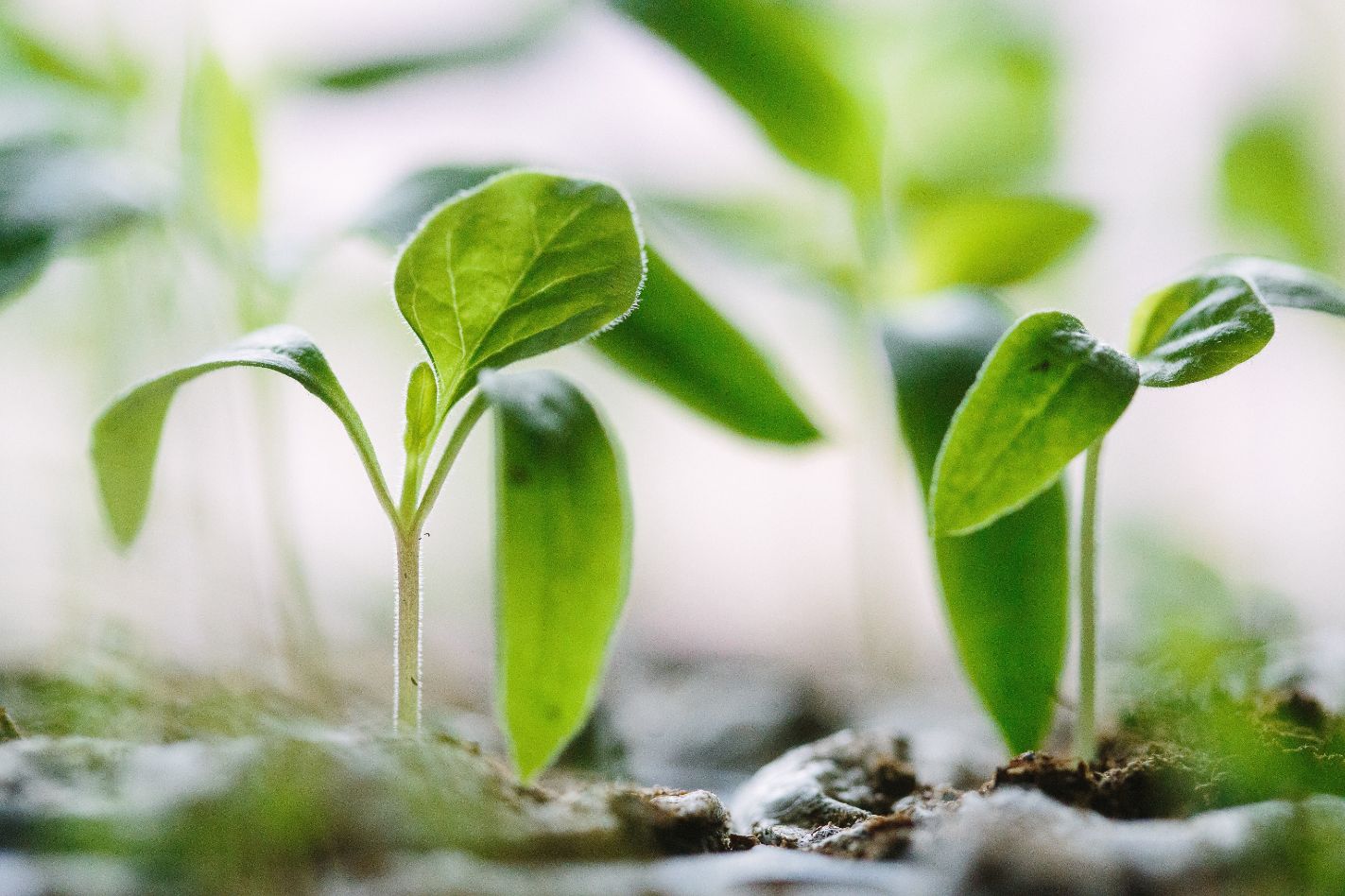 In his book, Joseph Pilates said, “Since we live in this Modern Age we must of necessity devote more time and more thought to the important matter of acquiring physical fitness.”  Our study guide says that he was ahead of his time, but I think that he was actually just keeping to older traditions and ideas that had just begun to slowly fade from society’s consciousness.

It may seem silly that the book’s two opening assumptions, that ‘civilization impairs physical fitness’ and that ‘contrology restores physical fitness’ led to hours of thought on my part because they are simple assertions.  But behind them there is a wealth of history and time tested truth, and yet, when Joseph Pilates proclaimed them, I do not think people realized how true they were. They could still remember a time when work/ survival required hard physical exertion and the only people who could avoid hard labor were the wealthy.   A life without it was desirable. It meant that you had ‘made it.’ I don’t think people wanted to believe that becoming more sedentary was bad for them.

Since we live in this Modern Age we must of necessity devote more time and more thought to the important matter of acquiring physical fitness.

During Joseph Pilates’ lifetime there was a shift in America away from active agrarian lives toward city living.  His eyes were open to the flagging strength and health of the people living in cities. The idea that they were getting out of shape and needed to pay for the privilege of getting back in shape was laughable.  In fact, I have heard comedy routines from that time and one comedian received hearty laughter over his retelling of his first baffling visit to a gym, “you mean, you want me to pay YOU so I can lift heavy things?”

Joseph was fighting a rising tide.  Change was occurring but at the speed of erosion in nature, so only the most observant would notice.  For centuries, actually millenia, people valued physical fitness and understood that keeping the body active could heal.  According to, A history of physical activity, health and medicine by Domhnall MacAuley published in the January 1994 Journal of Royal Society of Medicine, vol. 87, ancient greeks believed, “Physical health and gymnastic activity… had a wider application in health where exercise was seen as a means of treating disease and disability.”

I believe our modern era has taken even that belief, the notion that getting active and staying active will help to stave off or help a body overcome disease, away from us.  (At least, I believe that is true in America.) Thanks to pharmaceutical companies, the idea of getting over an illness or emotional upset became married to the idea of taking medicines and resting.  Exercise has been relegated to the realm of weight loss, and is now getting lost under the umbrella of “wellness”. There has been a cultural shift from emphasizing the absolute need to keep your body moving for better health to one where we take medicines and rest to heal.

So much has changed since Joseph Pilates published his book in 1945.  He was concerned about bad air and sedentary jobs eroding our health. But we have gone so much further down the rabbit hole since then.  Televisions became a common household item in the 1950s ushering in a new wave of sedentary life at home. Then came video games and mobile devices.  The eating, sleeping and waking habits of the typical American have grown much more destructive to the health of the body. We spend hours hunched over looking down at our mobile devices every day.  As a result, we need Pilates more than ever.

We spend hours hunched over looking down at our mobile devices every day.  As a result, we need Pilates more than ever.

The problem may just be that society has moved away from the notion that physical activity can heal.  In light of this, it is forgivable (and no wonder) that Return to Life sounded like an infomercial. He understood that people needed to be sold on the idea that physical activity can heal, and that Contrology was the best method for healing the most common ailments caused by modern life.

At first, I personally, was not sold on the notion that Pilates/ Contrology was the best or only method to increase wellbeing.  I thought perhaps simply getting active was the key. In truth, Americans have become so sedentary that I believe just adding more movement into our days would be a great first step.  But then I remembered that Pilates suggested that “Contrology is a way of life.” He believed that we have to be mindful of our bodies, our sleep habits and our eating habits. All of which is true.  He further explained that “Contrology is complete coordination of body, mind and spirit.” He urged people to, “Purposely acquire complete control of your body.” He believed that finding this control would lead to internal harmony as well.

I read his book almost immediately after our mat training sessions in Thailand.  I sat with these ideas for a long time and reflected on them as I practiced. I can not deny the truth of his words.  I was not as prepared physically for the retreat as I had wished to be. I arrived with many doubts about my future in Pilates.  So, I vividly remember our morning classes with Miriam and the definite and distinct resolve I felt at their conclusion. I felt so good, and so at peace that I KNEW I wanted pilates to be a part of my life until I die.  Since then, I continued to grow in my practice. I have grown stronger and I can feel that I am acquiring control over parts of my body I never had conscious control over before. I have discussed the same with my students and they are feeling the same.  When I look around at my other middle aged peers with poor posture, hunched over their phones, I, like Joseph Pilates before me, want to entreat them to try Pilates to help improve their core strength, their stability and their flexibility. 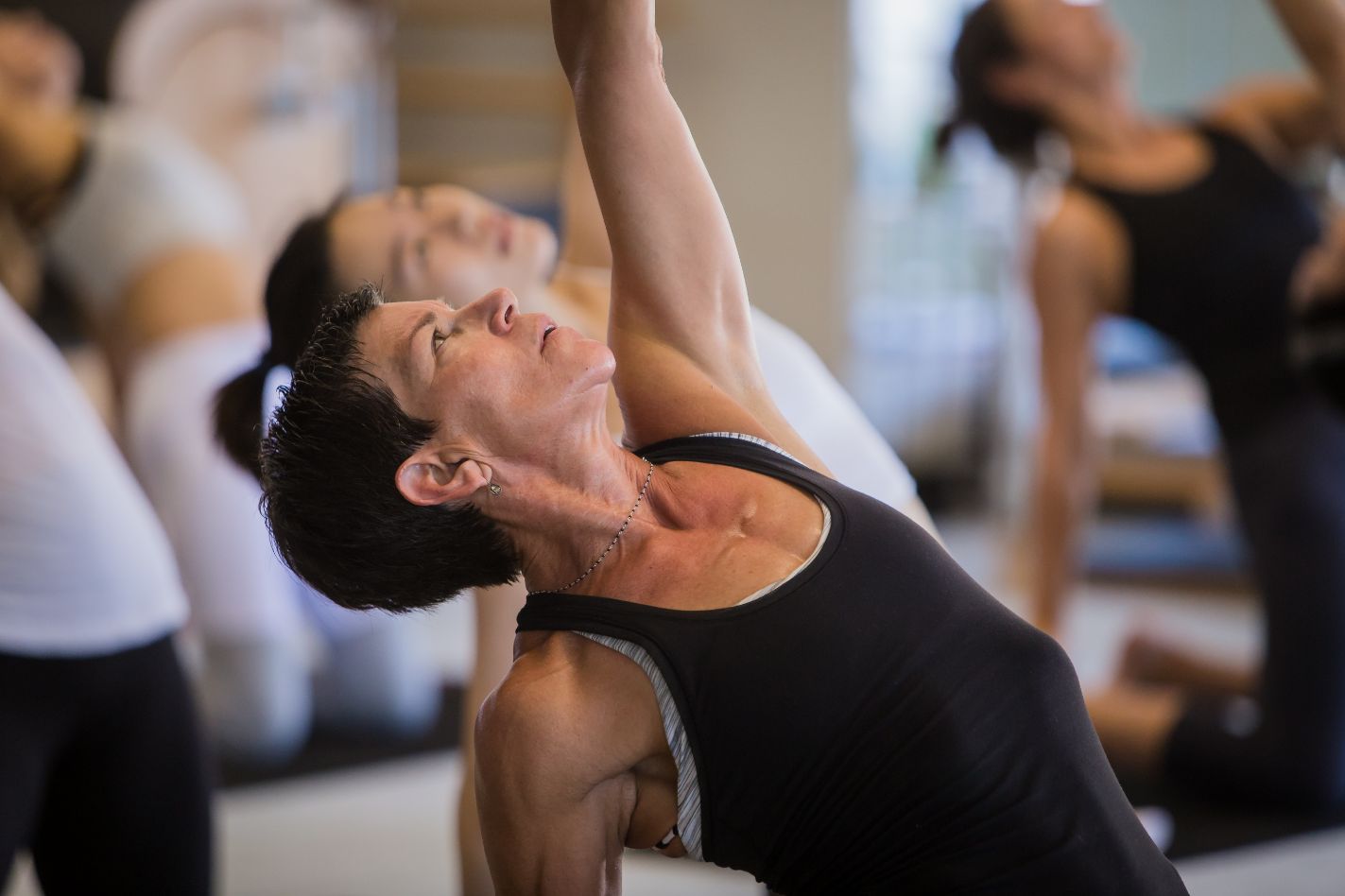 Now that I am a believer, I find the following quote from our study guide to be terribly sad. “Although he dreamed of seeing his work embraced by the general public, Pilates, by some accounts, died a disillusioned man, little known other than by a relatively small number of people.”  The notion is heartbreaking. As I read Return to Life, I felt like I could see the birth of at least eight of BASI’s Ten Principles. With those principles guiding our practice I understand that his life’s work has not only survived but thrived. I strongly believe that Joseph Pilates himself would admire the efficiency and precision of the ten principles.  He struggled to express himself succinctly, spending pages trying to make arguments to support these concepts.

These are the quotes that I have taken from the book that I believe support each principle: 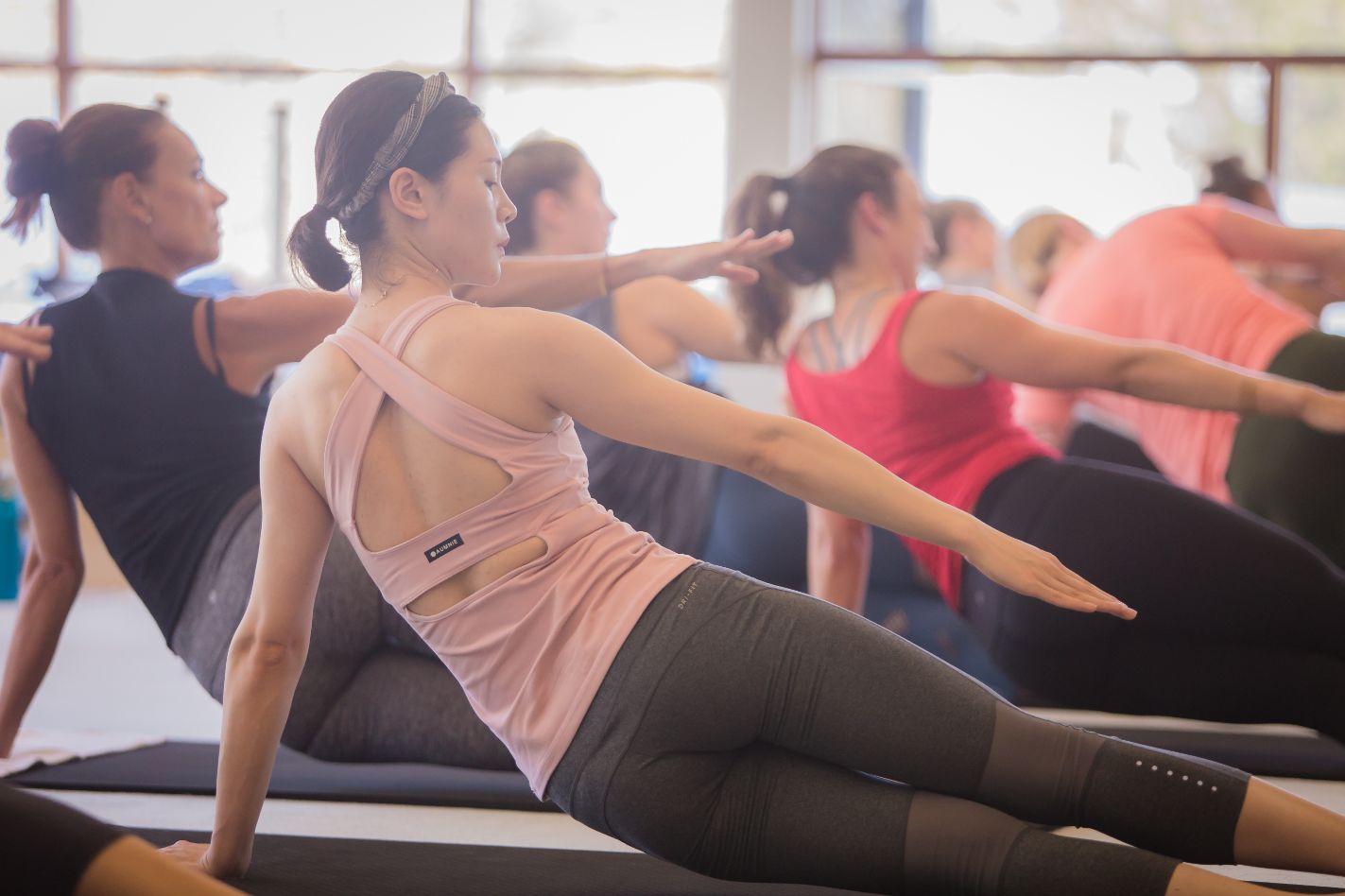 The Ten Principles mean more to me now than they did when I first read them.  I feel as though growing to really understand and follow the Ten Principles in my own practice is a duty, a charge, that I am honored to take on as a way to continue Joseph Pilates’ dream.  Again, thank you for this assignment. It has offered a firm foundation for understanding where the moves come from, and why they continue to be relevant.

Turning a Disability to an ABILITY- Get to Know Tyrone Pillay

Pilates for Injuries and Pathologies - PREMIUM, ONLINE
with Samantha Wood